Ralph’s father Oswald trained his sons in signwriting techniques and Ralph utilised elements of design in his paintings and particularly in the many cards that he drew for band members. Some of his Christmas Cards were printed and distributed among the troops.

He was later to incorporate modern design techniques into his work after the war. Ralph had thousands clippings from magazines – mainly American, showing he was studying design and drawing techniques during the 1940s and 1950s. 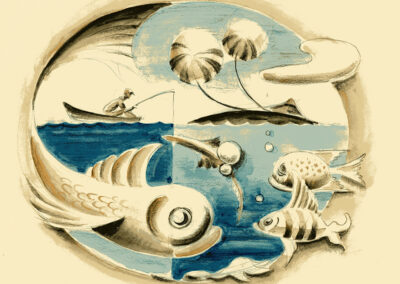 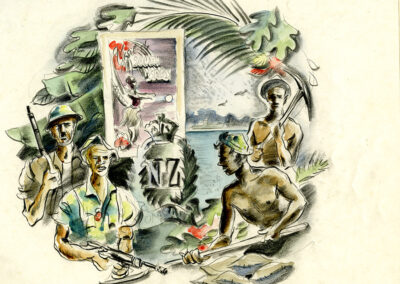 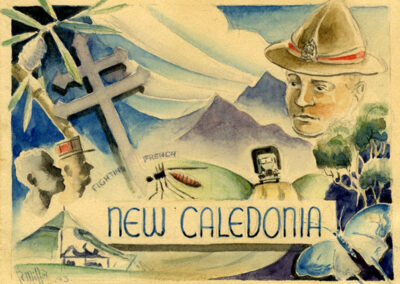 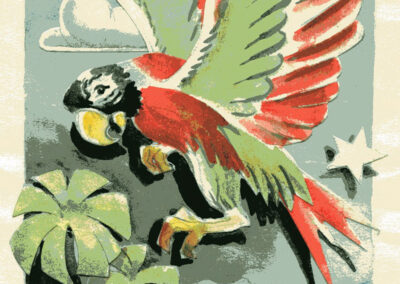 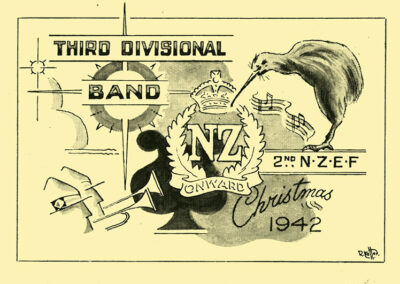 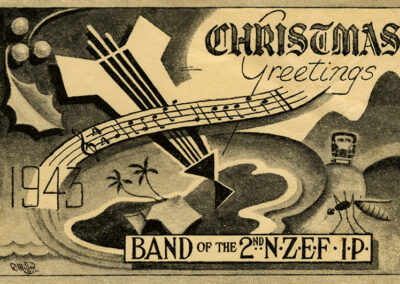 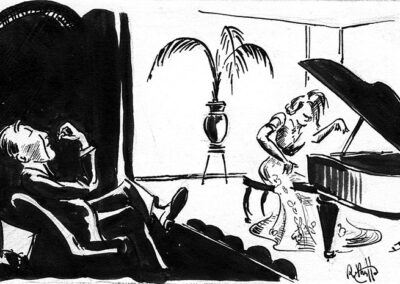 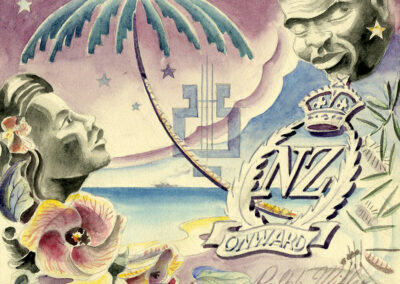